That’s often heard when a player signs a big contract like this: “The last years of this deal will be ugly.” “They’ll be paying tens of millions for a bench player by the end of the contract.” Or in extreme cases, “a deal like this could cripple the franchise.”

Just how big a role do bad contracts really play in an organization’s success or failure? To what extent is it actually possible to “cripple” an organization by paying players more than they’re worth?

According to NEIFI’s player valuations, as of the beginning of this offseason, the sum of the net present surplus values (NPV) of all the players in organized baseball (including minor leaguers) was $19.62 billion. That breaks down as follows:

In other words; the total value of positive player assets is 11-12 times larger than the total value of negative player assets. That in and of itself suggests that it ought to be very difficult to sink an organization by way of bad contracts. (Of course, the reason for the overwhelmingly positive spread is that current/future player wins are overwhelmingly coming at not-market-value prices, due to arbitration).

Let’s take a look at an extreme example, the Detroit Tigers. The Tigers, with the bloated contracts of Miguel Cabrera, Justin Verlander, and Victor Martinez, currently have the largest long-term dead money problem of any team in the game: according to NEIFI, the surplus values of those three bad contracts total -$128 million. (The Angels and Yankees have negative obligations slightly greater than the Tigers’ $128 million, but they each have significant bad contracts coming off the books after 2016, so their long-term outlook is better than Detroit’s).

Now, $128 million in NPV is a lot of dead money, double the amount an average team is currently saddled with. But, first, it should be noted that that $128 million is distributed over eight years (the length of Cabrera’s contract). That’s $16 million per year, or roughly the equivalent of two wins per year in a world where the market rates per talent are $8m/win. Now remember, that’s two wins per year relative to the perfect scenario of having no dead money at all (currently, the only team in this category is the Marlins). So what we’re left with is the following:

That is… pretty underwhelming, isn’t it? So the Tigers’ albatross contracts effectively cost them one win per year relative to their competition. That’s not good, obviously, but it’s also not particularly devastating.

Another angle to approach this from is that negative assets can be offset by the acquisition of positive assets. The Tigers’ entire dead money problem, of $16m NPV per year, could be completely offset by the addition of one player guaranteed to produce 2 WAR while making the league minimum each year (again assuming the current market price of talent is roughly $8m per marginal win). Now, sure, acquiring such a player is easier said than done, and free league-average players are extremely valuable. They’re not, however, massive, franchise-altering assets. And if they’re not massive, franchise-altering assets, then Cabrera/Martinez/Verlander are not franchise-altering liabilities.

The upshot of all this is that the great majority of a team’s success is determined not by how they spend their money, but by how good they are at developing and acquiring large positive assets. The Tigers’ future is indeed bleak, but that has far more to do with their lack of truly valuable commodities (they don’t have a single one of the top 150 surplus value assets in the game right now) than it does with their ugly long-term financial commitments.

Now, what about the notion that some teams can better absorb more dead money than others? Is it a bit facile not to mention that it’s easier for the Yankees to absorb a bad contract or two than the Royals? While that’s surely true, this sort of advantage is nothing particularly new. The Yankees are also far more able to afford top open market talent in general, and that fact hasn’t certainly kept the Royals and Cardinals and Pirates and Rays at bay.

The reason it has not is the same reason it’s tough for a franchise to truly implode via poor contracts. Free agent contracts, good or bad, wins or losses, simply aren’t of a sufficiently large magnitude of value by which to steer organizational ships. 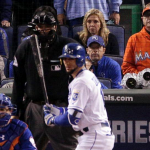 The Marlins, Depth, and Measurement of Front Office StrengthUncategorized