So what exactly is that distinction?

Many teams have developed their own player projection systems. Many have done some form of piggy-backing off of public systems. Naturally, these systems all range in quality quite broadly—so that’s one potential difference.

“What makes all of this so compelling is that trades of this magnitude do not happen with one phone call. Andrew Friedman, the Dodgers’ president of baseball operations, and Farhan Zaidi, the general manager, have juggled so many balls over not so many days. There is no Plan A or bust with this new front office. There is Plan A, Plan B and Plan C for every trade on the table, and there is Strategy A, Strategy B and Strategy C depending on how each trade plays out. With the three trades on Wednesday — the Dodgers had not yet made the moves official — Friedman has made 10 trades in 25 days.”

Speed is the distinction.

This has been the ethos of automated trading in finance. It’s not necessarily about creating much higher cognitive power, which is remarkably superior to what any group of analysts could muster (though such gains are certainly possible). The advantage comes from automating that judgement, so that it can be applied to a trillion cases and permutations in the time that the group of analysts would otherwise be able to apply it to a handful, with at least equal competence.

No single player in baseball had such a gap between the value of their production and their cost in 2015.

If the market were more rational—and it may indeed become so—Friedman would have earned far, far more than he presently does. A far greater commoditization of Friedmans is on the horizon.

Except… it’s not really Andrew Friedman which created that $72m worth of NPV-added. It wasn’t created because he’s the very best baseball evaluator in the game; the single best analyst, scout, nor negotiator.

Similarly, the Rays did not wait for the offseason kickoff party in Boca Raton. They have fewer options than any other team. Their entire existence depends on the residual between perceived and actual player values. Waiting is not an option. Within the Rays’ means, there was probably not a better target in baseball in terms of the perceived and actual value gaps than Brad Miller. The Rays’ survival depends entirely upon beating competitors to such meals:

(NEIFI valuations of Rays-Mariners swap on 11/5)

(Note; in short, we don’t find Karns to be more than a fringe MLB rotation member, despite his seemingly nice 2015 ERA, and we find Brad Miller to be every bit of a 2.9 win player, controllable for years. It would appear NEIFI and the Rays agree.)

The narrative becomes that Friedman/Silverman are “analytics-GM’s” or something similar.

But that’s not true, either. Ostensibly, so was Ben Cherington. So is Billy Beane. Jeff Bridich was a Harvard guy, which is supposed to imply the same thing. That description would be wholly incomplete.

The distinguishing characteristic isn’t “looking at the numbers.” It’s the antithesis of “looking at” them. It’s about having access to a systematic, comprehensive view of talent and value. And as a result, all players can be judged at the same time, apples-to-apples, in a completely comprehensive manner that results in a single value-based answer. The Rays and Friedman’s Dodgers operate in this manner.

And how can one be sure?

That would have been signing Russell Martin and Max Scherzer (or even Jason Hammel and Pat Neshek)… Bona fides to fill obvious needs, none of whom wound up being overpays (in fact, all landed well under rational market value). But when you have the entire playbook, there’s no need for one to pay merely 85 cents on the dollar for talent (whether those 85 cents come in cash or treasure); with a comprehensive system, you’ll be able to find it for less than 50. This revolution was built on Yasmani Grandals and Michael Bolsingers and Juan Nicasios and Brett Andersons and Kike Hernandezes.

(We still don’t, and never will, understand the Hector Olivera signing. At the time of the signing, NEIFI had him as a barely-interesting bench player, based on a fairly unambiguous performance record in Cuba. In years of observing Andrew Friedman, the Olivera signing was, to an outrageous degree, the largest divergence we’ve had from a Friedman-led club. But that’s a digression for another time.)

Again, and this can’t be emphasized enough; “systematic” is not simply “uses a projection system.” And it’s certainly not the false dichotomy of objective-versus-subjective that’s been fed to many of us for so long. Subjective information, e.g. scouting reports, can most certainly be systematized (whether MLB front offices are doing this effectively is a separate issue). And what’s termed ‘objective’ information is often, in truth, not. The value of a systematic approach is that it ensures methodological consistency: all players are evaluated in the same framework, by the same standards, allowing for easy and equitable comparisons. The opposite of “systematic” in this sense is “fragmentary” or “anecdotal”, i.e. doing piecemeal analysis and evaluating different players by different criteria. Manually assembling a view of each individual player, case-by-case.

The Athletics, for example, certainly have a player projection system. The success that they have enjoyed over the years is no accident; they are unquestionably one of the most analytically savvy organizations in the game. However, their process also led them to a Billy Butler signing and apparently, an extremely generous opinion of Sean Nolin and Kendall Graveman. And those are not cheap shots—those were predictably lukewarm-at-best players for whom red-hot prices were paid.

Or, for a clear illustration of the difference between merely having a “player projection system” (of some unknown quality) in your office and having a “systematic decision-making process”, consider the July 2014 trade of Addison Russell for Jeff Samardzija. At some level, they actually considered Samardzija more valuable than Russell.

The relative values placed on Graveman, Butler, Samardzija, Russell, Nolin… some portion of these miscues were undoubtedly evaluative issues—the question of “should we expect Nolin to be a 4th starter or 6th starter this year?” But undoubtedly, a large (if not dominant) aspect of the misfires in these decisions came not from discrepancies in evaluation, but in valuation; within the entire spectrum of talent, what is the relative rarity of Nolin, and on that basis, what would be the appropriate costs? The Russell-Samardzija decision is a clear as a manifestation of this as there could be—find anyone who thought Russell was anything less than a top-10 prospect at the time; he was overwhelmingly considered to be within the top 5. This was a distinction in valuation, not evaluation.

Valuation and evaluation are of course married.

And this is precisely why having just some projection system is no guarantee of any sort; the evaluative portion of the system has to be comprehensive and able to handle all the challenges thrown its way. Regardless of the type of player under discussion, whether what’s desired is a valuation of a slap-hitting Korean shortstop, a 5’10” “crafty lefty” pitching prospect, or an established big league slugger, the system has to be able to produce universally good answers, no matter the case. And that’s no easy task. If one wants a value on Sean Nolin, that simultaneously depends on the evaluation of a thousand other pitchers (and truly, many more), which must be executed without fail and without occasionally absurd/errant results and without corrupted fundaments of judgement. A staple of systemization is applying values to all players, and the relative ability of the evaluations to achieve that with efficacy is what determines the strength of the system.

When that’s accomplished, a truly valid system can fully/thoroughly evaluate 1000 opportunities in an afternoon, with perfect consistency. A comprehensive system is as comfortable being reactive as proactive. Flexible, opportunistic, and unbounded. That’s what Andrew Friedman utilizes—as he did with the Rays—and that’s what the Dodgers used to beat the market by $72m of present-value profit last winter. 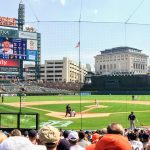