Last winter, we produced a tweet which received strong attention by our modest standards.

Via #Frazier trade, aggressive #WhiteSox move to within a mere 14 games of #Indians in projected AL Central.

What were the circumstances at the time? The Indians produced a humble 81-win season in 2015 in the not-so-daunting ALC, and through that date, had made no significant offseason additions.

That of course does not mean by itself that they were an 89.6-win team by talent level, as this could easily have included some players having career seasons, more positive than negative variance on the health front, etc etc.

It is, however, a simple and transparent indication that they were probably better than the 81-win team indicated by their record.

Versus their 2015 roster, they were gaining talent via aging alone. Or at least, not losing any. Lindor and Ramirez were squarely in the aggressive-growth ages, while the bulk of the core—Kluber, Carrasco, Kipnis, Allen, Gomes, Santana, Bauer—was in a collective zone where any real regression should not be expected.

No one was leaving via FA, the farm system was in good enough shape (#13 overall in total value pre-2016, via NEIFI), and were burdened by relatively little in the manner of dead money. Which is to say they had no losses nor significant constraints or immobilities.

So, what do we say of the Rangers?

The reply to issue #1 is fairly obvious. The Rangers won 95 ballgames, but played 82-win baseball according to Fangraphs’ Baseruns (and other methods wouldn’t point towards a meaningfully different answer). Again, this may not perfectly represent their talent level, it’s merely a fantastic indication their talent level is nowhere near the 95 wins achieved in the regular season.

Keep in mind; that’s the 2017 projection of these players, which is already accounting for post-2016 aging loss—if anything, then, these percentages understate the skew of the Rangers age/talent distribution.

In addition to these silent losses due to aging, the Rangers are having some very visible losses: Ian Desmond will have to be re-signed or replaced. Colby Lewis is a free agent, and the club has an option to bring back Derek Holland only at a price that’s far too high for the current view of his talent. The resurgent Carlos Gomez is free at the end of the season as well. Carlos Beltran won’t be back. Even if the latter four aren’t prime contributors, they still represent further 2016 wins that will need to be replaced.

Sound ridiculous? As of now, this is a team set to give starting roles to Joey Gallo and probably at least three of Shin-soo Choo, Jared Hoying, Delino Deshields, and Ryan Rua. With no clearly valid rotation members after the top three (Hamels, Darvish, Perez). Will these holes all stand? Of course not. But this is indeed the station from which Texas will begin their offseason, and it’s a much more challenged position than which most of their competitors will be.

And how about a bit further into the future than 2017?

Joey Gallo’s value has declined greatly. What’s left of the farm system is unimpressive… post-Gallo, it’s pretty clear the Rangers collection is within the back of the pack. The aging problem is going nowhere, and indeed actually gaining momentum in the wrong direction. And both Lucroy and Darvish are free-agents at the end of next season—being able to afford both seems like a pipe dream, and wouldn’t seem to be enough to keep the 2018 ship afloat, anyhow.

If we combine the present value of all baseball assets—the present economic value of each organization’s prospects, and the same for all of their players under contract (or implied contract, via arbitration) versus the market value of their talent through the controlled years…

An ~$800m asset gap between yourself and your nearest rival is going to be tremendously difficult to overcome. Especially when said rival is already ahead of you in terms of raw present talent (the Astros will go into this offseason well ahead of the Rangers in that respect).

This table includes the reality that the Rangers will only pay roughly a third of Fielder’s remaining contract, after the contribution of insurance and Detroit. Amazingly, the Elvis Andrus deal now looks basically fine. Choo remains an albatross. But the larger problem here is that the Rangers don’t possess massively positive assets. The most valuable player asset is Rougned Odor—a great asset, but weak as one’s top value—and as high as third place is the freefalling Gallo. Otherwise, it’s players who are neither good enough to be elite assets, nor young or inexpensive enough to have enormous gaps between the value of their talent and their cost.

It’s amazing, the degree to which the narrative surrounding a franchise can be altered by a fleeting run of situational luck. There’s virtually no dispute to be had that this is an accurate and fair description of the Rangers’ 2016.

Yet they are viewed as a team surging up the mountain, rather than one that is already teetering over the edge of the cliff, or perhaps already in freefall.

This exact story has been played for us so many times in recent history. The 2007 Mariners were almost a mirror image of the current Rangers, leading to the famously ill-fated offseason that followed: the Bedard trade (shedding both Adam Jones and Chris Tillman in the process), and Silva signing, in the hopes of bolstering what they believed themselves to be post-2007—“an 88-win team”. The illusion cost Bavasi his job, and it cost the Mariners organization much more dearly than that.

The definition of sound management, in baseball and elsewhere, is not being swayed by such illusions. It will be interesting to see the Rangers’ behavior this offseason. That behavior ought to be the same whether the immediate outcome is a World Series ring or an early exit. 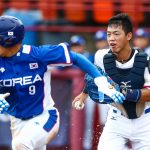 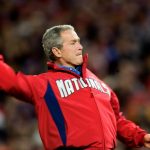 The Data of Presidential ApprovalUncategorized